I’m pretty excited about a newly release anthology that one of my short stories appears in.  I had the opportunity to write a story that was a bit different for me, though at the same time, still shared a bit of DNA with many of the other stories I’ve written over the years.  This particular one was originally intended for another anthology, and fit the it to a T.  Unfortunately, before that particular anthology got very far, it was cancelled by the publisher.  I was ‘stuck’ with this story at that point, which was unfortunate, because I thought it was one of my better tales.  It was my effort at writing a war story set in the future, but having some very traditional horror elements to it-a particular menace that I had never written a story about before, and was a new challenge for me.  So when I heard about Static Movement producing an anthology entitled Dark Dispatches, which wanted tales of war, real or imagined, here on Earth or elsewhere, in any time period–past, present or future, I knew my story might have a second life.  So I submitted my tale, entitled “One Shot, One Kill”, and George Wilhite, the editor, responded within a couple of days, snatching it up.

And now this tale has been released to Amazon, and I am asking you to check it out.  I’m not sure how Static Movement works on ebooks, but the paperback version is now available.  Keep an eye on the link for further information on the kindle release, and probably over on smashwords for other ebook releases.

I would ask that you consider getting a copy of this book in paperback-a slew of war stories that contain supernatural, alien, and plain old human warriors-all with compelling story lines.  I have had the privilege of reading one of the other tales in this book already, by Richard Marsden, and I can tell you that it is excellent.  Well worth the price of admission for these two tales alone…but there are many, many more!

So go ahead: click the picture, and head on over to Amazon to pick up your copy of Dark Dispatches.  Thanks! 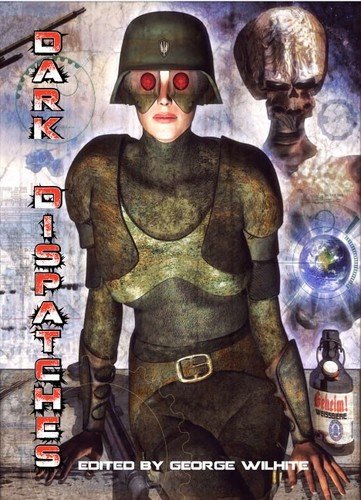 This entry was posted on March 9, 2012 by patrickdorazio. It was filed under My Writing Experiences, Other folk's stuff..., The Shorts and was tagged with adventure, Aliens, Apocalypse, cover art, ghosts, short stories, Static Movement Press, vampires, war, werewolves, westerns, zombies.