“Read The End First” now available over at Amazon!

Another project I worked on and am very excited about has come to fruition and is now available over on Amazon.  Read The End First has the unique premise of showcasing 24 different tales of the end of the world, each based in a different time zone.  Because of the nature of the project, this was an invite only anthology, and each author had to pick a particular time zone and write a story that would make sense given their location on the globe.  My particular story takes place in Bethlehem and is entitled “What Rough Beast.”  You’ll just have to guess at what the story is all about.

So check this one out, there is a great list of authors involved, including Stephen North, Suzanne Robb (who edited it), Michael S. Gardner, Rebecca Snow, A.J. French, Craig Saunders, John McCuaig, David Dunwoody, Wayne Goodchild, Adrian Chamberlain, D.A. Chaney, Hollie Snider, William Todd Rose, and many more that I apologize I can’t remember right off the top of my head.

So click on the cover and head on over to Amazon to check out your very own copy of Read The End First.

A double whammy of anthology covers!

While I would typically try to promote two different books I am going to be in with separate posts, I believe that will come later, when the two of these books are released at different times.  For now, I was made aware of the covers of each book within the last couple of days, and as such, it is time for me to promote them both, side by side.  So, without further ado and in no specific order, here are two anthologies that short stories of mine will be appearing in.  As to the projected release dates, that remains to be seen, but as always, once they are released, you will receive notice here on them from me, and I will share links on where to buy them as well.

The first book is being released by Norgus press, and is entitled: Look What I Found! 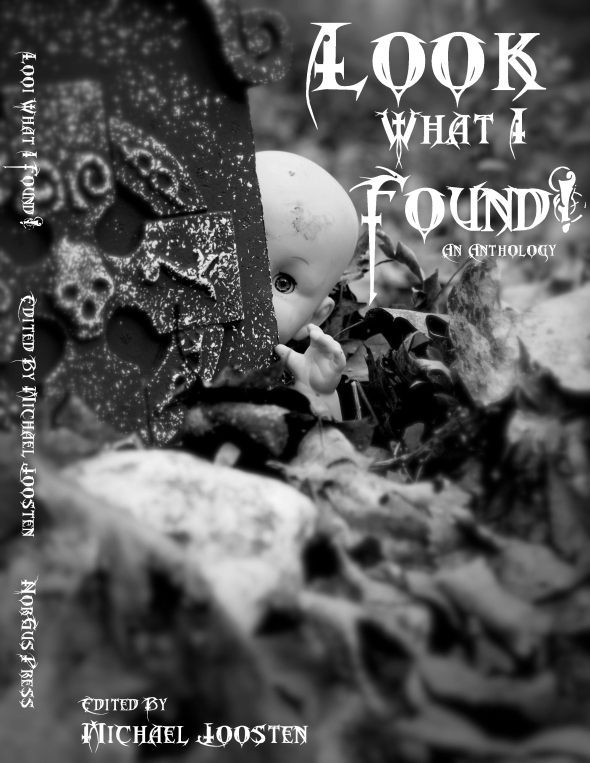 My short story, VRZ, will appear in this book.  Here is the description from the back cover:

We spend our lives going through places surrounded by things of magic and mystery, but sometimes choose not to open our eyes to see them.  The world around us still has places that are yet to be discovered.  There are people that we pass on the street that are not what they seem to be.  There are objects with untold powers that are only waiting to be found.  We train ourselves to look at the norm.  The stories within this anthology examine those mysteries and the excitement of discovery that awaits those who dare to tread.  The members of society that look a little deeper.  Those who long to say, “Look What I Found!”

The other anthology is from Wicked East Press and I am actually in the process of writing up my short story for this one, so I don’t even have an official title as of yet, but fear not, there shall be one soon enough.  This one is entitled Read The End First.  24 Apocalyptic Tales.  24 Time Zones. 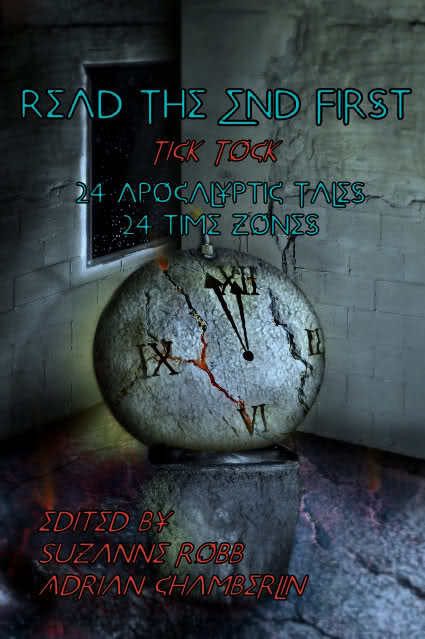 Here is a description:

Ever wonder how the world would end if you could decide?

This anthology takes the concept of the Apocalypse a step further.

24 authors pick their own time zone to destroy, and leave you wondering if the prophecies they speak of are true.

The premise here is simple: each of the authors were given a time zone and they are expected to have a story that starts at midnight that speaks of a unique ending to the world.  Combined, there will be twenty four time zones of annihilation and doom when all is said and done.  I am pretty excited to be a part of this project.  My own little bit of destruction will hopefully be quite interesting.  But no hints as to what time zone I have or what demise I have chosen for you all.  I will just say that no zombies will be harmed in the making this short story, heh.  More details to come later.

I am pretty proud of the twisted tale, “VRZ” in Look What I Found!, which involves a trip into virtual reality…but it almost seems too real for the character taking the trip.  And I am working hard to make the story for Read the End First one I am just as proud of.  I will definitely be letting everyone know more about them around their release times, for certain!