Into The Dark now available in all formats!

Things keep moving along quickly with Permuted Press and the Dark Trilogy.  Their latest wonderful move?  Releasing Into The Dark in all formats.  So you can get this re-released version, with all the additional Dark Stories, in ebook, paperback, and audio versions.  Just click on the cover below and you can go to Permuted’s website, where you can pick your poison.  So check it out in all its glory: 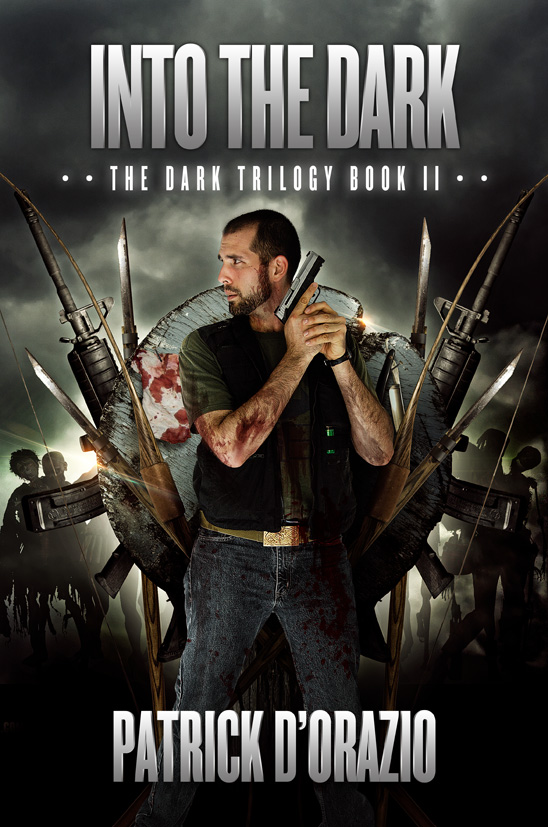 Six weeks ago a mysterious virus came out of nowhere and engulfed the world.

Jeff Blaine did his best to hold his family together and protect them from the horrors scratching at their door. But, in the end, they were ripped away from him like everything else that ever mattered.

Lost and alone, Jeff’s only option is to destroy as many of the monsters as he can. But when he discovers Megan, George, and Jason, three other survivors not interested in giving up just yet, he reluctantly accepts that there might still be a reason to fight and live to see another day.

Traveling through the blasted landscape of their new fallen world, the quartet discovers that the living dead aren’t the only danger with which they must cope. Even other survivors who promise safety and security from the hordes of ghouls roaming the wastelands will test loyalties and their faith in humankind.

Jeff and his small band of newfound friends must forge a semblance of life in the newly blighted world. And they will have only the light of their own humanity by which to navigate as everything around them descends into the dark.

This entry was posted on April 2, 2013 by patrickdorazio. It was filed under Into The Dark and was tagged with adventure, Apocalypse, audible, cover art, dark stories, epub, horror, Into The Dark, kindle, kobo, nook, Permuted Press, zombies.