A slight divergence from horror into fantasy

Most folks don’t know it, but I am just as much a science fiction and fantasy fan as I am a horror aficionado.  Up to this point, my attempts at writing most fantasy were well in my past, and while I plan on giving it a genuine shot down the road, I am dedicated to writing mostly horror stuff for the moment.

With that said, a friend of mine who has more of a talent for writing fantasy, and in particular, YA fantasy, is having her first book released through Knightwatch Press.  But it is definitely worth noting that this YA Fantasy has horror elements as well, with vampires and werewolves playing a role in this tale.  So for you horror fans who are looking for something that might be something you and your kids can read, I would check this out.  I know I will be, and will hopefully have the chance to review it here soon.

Who is this friend, you ask?  It is none other than Monique Snyman.  Monique is a South African writer and reviewer of books, movies, and games, who runs her own website over at http://www.killeraphrodite.com/.  The book, the first in a series, is entitled Charming Incantations: Enticed.  Here is a description of the story:

When Lisa Richards’ parents die in a horrible accident, she never thought her life would change as drastically as it did. Not only does she have to take over the family business as being the Human Representative in a supernatural council, bound to protect the world from the common threat, but she also has to deal with falling in love with a werewolf that has a vampire best friend and try to keep herself alive long enough to defeat the goblin army.

Not sure about you, but to me that sounds like the start of a pretty wild ride!  And I know that plenty of horror fans out there dig all sorts of speculative tales, so keep your eyes open for this one.  Monique was kind enough to get me a copy of the cover for your viewing pleasure below.  I’m sure it’ll be popping up on Amazon quite soon, among other locales, so check it out! 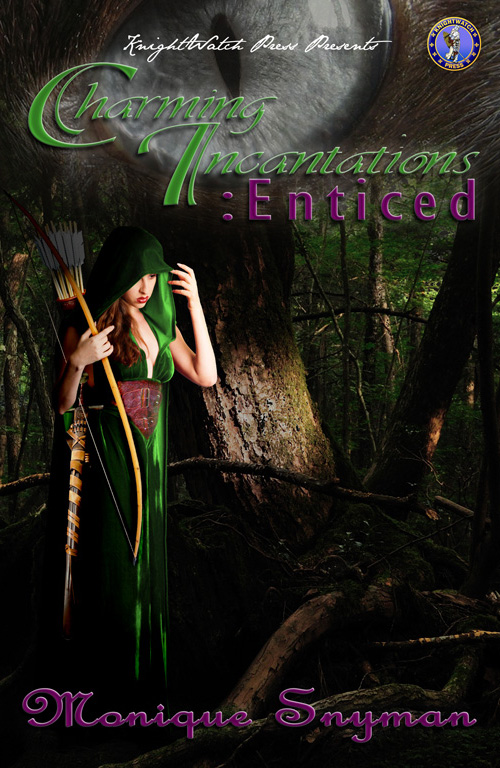 This entry was posted on February 24, 2012 by patrickdorazio. It was filed under Other folk's stuff... and was tagged with fantasy, supernatural, vampires, werewolves, young adult.