This past weekend, I took part in HorrorHound Indianapolis.  Like the event in Cincinnati, it is three days of organized chaos, with tons of horror fans running around in costumes and makeup checking out vendor booths and getting autographs from some of the more famous (and infamous) stars of the horror genre.  This was their tenth anniversary show and it was jam packed all weekend long.  I got to sit between Tony Schaab of G.O.R.E. Score fame and Dr. Pus’s (aka The Library of the Living Dead) table, which had Doc, Michelle Linhart, and Rich Dalzotto manning the stations.  Also in attendance from the Library of the Living Dead crew were Rob and Laura Best.  We got to see plenty of folks we know from the facebook and the industry, which was a blast, including the folks from Night of the Living Podcast, who were kind enough to post a review of Into The Dark on one of their recent episodes after reviewing Comes The Dark after HorrorHound Cincinnati back in November.

I sold a few books, got to talk about the third book of my trilogy, Beyond The Dark, hung out with some great folks, and took a few pictures of the event.  This was truly a great con and a lot of fun.  I definitely hope I have the opportunity to attend next year as well!

Here are a few of the pics I took at the show.  Forgive the blur-they were taken with my cellphone camera. 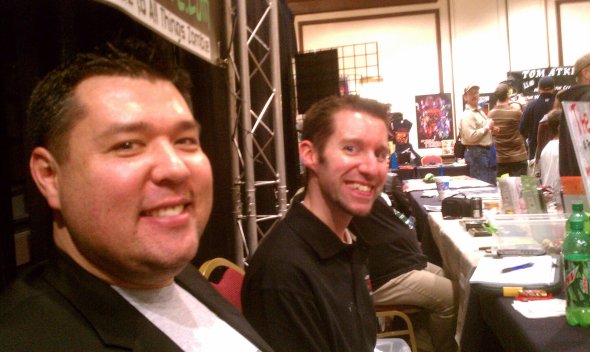 Tony Schaab and his brother-in-law Tom, who is also the graphic designer for the covers of his G.O.R.E. Score books. 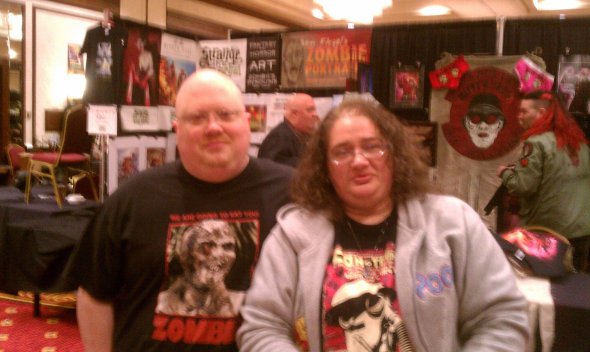 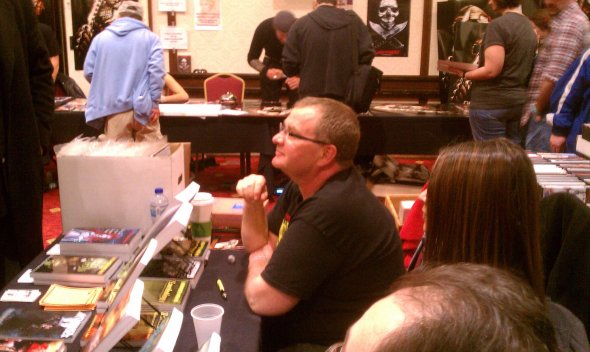 Dr. Pus, my publisher, sitting alongside Michelle Linhart and Rich Dalzotto (sorry you can’t see much of them!) 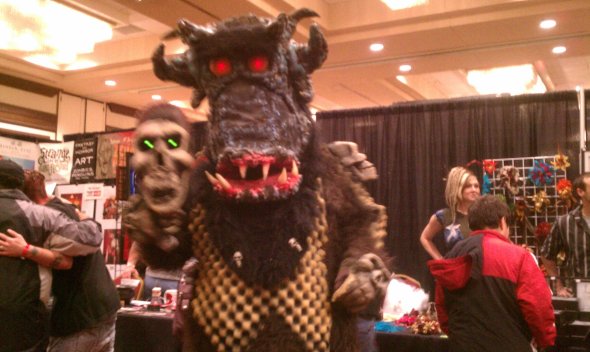 Just a sample of one of the more wild costumes at HorrorHound this year. 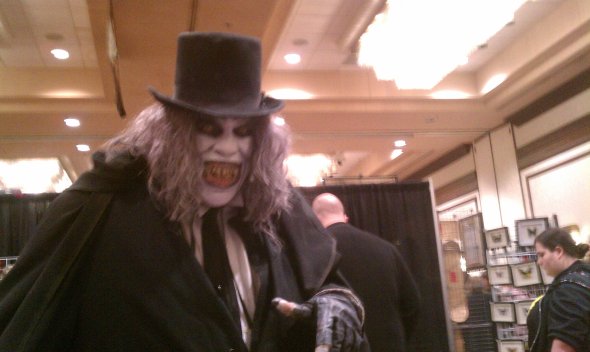 …and another wild costume. 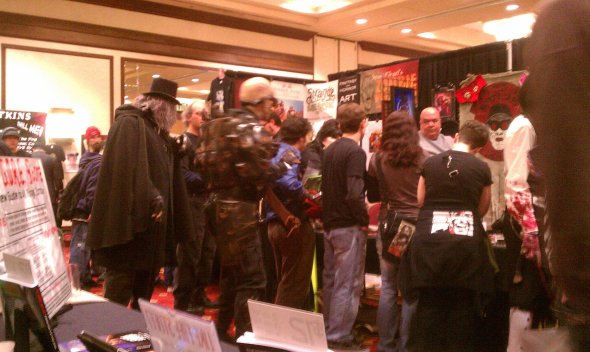 In this picture is the famous “Kitty Zombie”, who has his back to the camera.  He is the one with the goggles, armor, and the bald head.  He is a pretty remarkable character, and funny as hell without saying a single intelligible word.

Well, that’s about it for now.  The rest of the pictures I took were sort of blurry or didn’t show anything specifically of interest.  Again, the convention was a lot of fun, and I only wish I could attend more of them after the fun I’ve had at the one in Indy as well as Cinci.

This entry was posted on March 29, 2011 by patrickdorazio. It was filed under Beyond The Dark, Comes The Dark, Into The Dark, My Writing Experiences, Random Thoughts and was tagged with book review, Book signing, convention, cover art, horror, Horror Hound, Into The Dark, Library of the Living Dead, vampires, werewolves, zombies.